US philanthropist to establish leadership centre at CMU 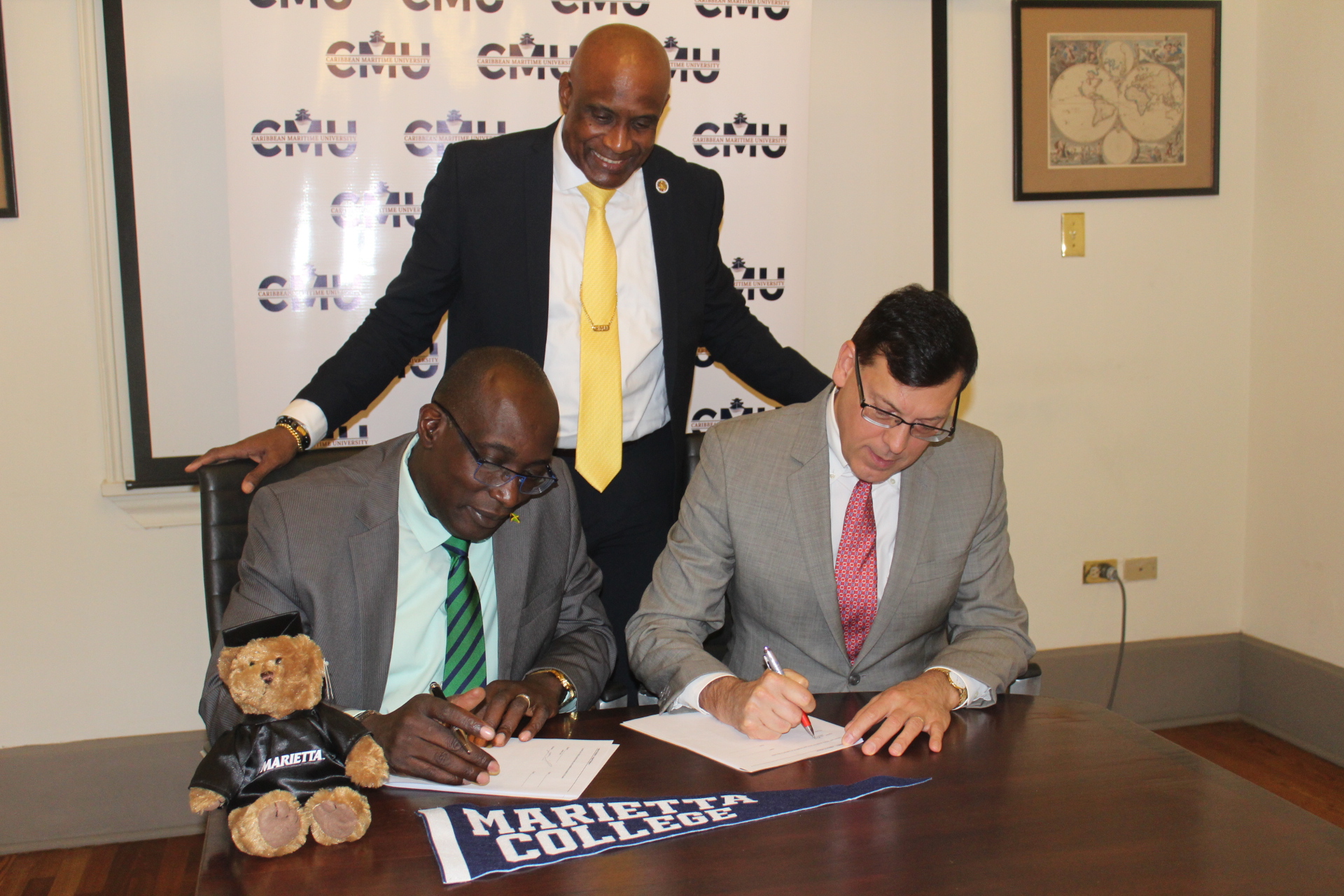 US philanthropist Jim Luce is to set up a new centre at the Caribbean Maritime University, CMU, to train Jamaicans in leadership and related skills.

The agreement to establish the Centre was signed on Monday, November 12, 2018 between Mr. Luce and the Minister of Education, Youth and Information Sen. Ruel Reid at a brief ceremony at the Terra Nova Hotel in St. Andrew.

The James Jay Dudley Luce Leadership Centre will operate both face-to-face classes as well as online modules. Mr. Luce who has also been appointed as an Adjunct Professor at the CMU said he was humbled by the opportunity to collaborate with the University.

“I was excited when the Jamaican Minister of Education Hon. Ruel Reid asked me to join the Faculty of the Caribbean Maritime University as Adjunct Professor.”

The Centre will offer a range of academic degrees from Associate to Doctoral and will include English as a second language (ESL) component for non-native speakers.

For his part, CMU president, Prof. Fritz Pinnock said the partnership would improve the leadership skills for student on campus.

“This partnership with Jim Luce and support from the James Jay Dudley Luce Foundation establishes a partnership that will positively impact the well-being of our students,”  Prof. Pinnock said. “It will further accelerate progress in providing a platform for leadership excellence, enabling our students and Jamaicans at large to reach further heights in fulfilling their potential.”

The Foundation is a New York State Corporation, with dual objectives to offer grants and ‘spotlighting’ to individuals and organizations bettering humanity in the fields of the Arts, Education, and Orphan Care.