The Deputy President of the Caribbean Maritime University, Professor Ibrahim Ajagunna, is to be presented with the Prime Minister’s Medal of Appreciation for Service to Education.

The announcement came by way of a letter from the Office of the Prime Minister to Professor Ajagunna.

In the letter, Prime Minister Andrew Holness noted that the award is being made “in exercise of the powers vested in (him) by Rule 4 of the Prime Minister’s Education Awards Rules 2005.”

The Prime Minister asked that Professor Ajagunna “accept (his) warm personal congratulations” for what he termed “your well-deserved award.”

Responding to the announcement, Professor Ajagunna said he was “deeply humbled” by the recognition.

In the meantime, CMU President Professor Fritz Pinnock, himself a past recipient of the award said he was “overjoyed” to learn that his colleague was to be accorded with “this tremendous recognition” from the Office of the Prime Minister.

“Professor Ajagunna has a long and distinguished career in education,” said Professor Pinnock, adding that “Professor Ajagunna has played a critical role in the transformation of the Caribbean Maritime Institute to the Caribbean Maritime University and in seeking to fulfill the vision of cementing the CMU as the maritime university of choice for global leaders.” 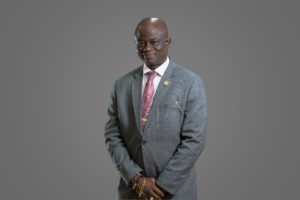 A notification of the award is scheduled to be published in the Jamaica Gazette.

The presentation will be made at a ceremony to be held on the Lawns of Jamaica House on Wednesday June 26, 2019.