The interim President of the Caribbean Maritime University Professor Evan W. Duggan is being conferred with the title of Professor Emeritus by the University of the West Indies.

The UWI, which made the announcement recently, has also approved recommendations to confer the title of ‘Emeritus’ on UWI Professor of Supramolecular Chemistry, Ishenkumba Kahwa.

The ‘Emeritus’ designation generally allows former office-holders of The UWI to retain their titles of ‘Professor’ after retirement.

Professor Duggan officially joined the CMU on June 1 of this year. 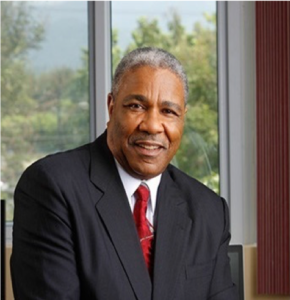 Professor Duggan officially concluded his time at the University of the West Indies on July 31, 2014 upon retirement. After having served for two (2) years as Dean of the Faculty of Social Sciences, he continued his Deanship on two consecutive post-retirement contracts, until 2016. Professor Duggan served the University of the West Indies for a total of ten years, having been with the Department of Management Studies (now the Mona School of Business and Management) as a Professor since 2006.

He began his career in industry with Alcan, Jamaica where he attained the highest level in the Information Systems (IS) field, equivalent to today’s Chief Information Officer. This was followed by an outstanding career in academia, first with the University of Alabama and then with The University of the West Indies. His impact, in terms of teaching and learning, at The UWI was felt even before he was appointed to a full-time position as he would visit Jamaica to lecture in the Masters programme in Computer-Based Management Information Systems. The students always spoke highly of his teaching skills and, perhaps more importantly, of his interest in ensuring that they succeeded in their academic endeavours. These qualities remained with him throughout his career at The UWI. In 2005, while on sabbatical leave from the University of Alabama, he was appointed visiting professor for one year; he never left as he took on a permanent position as a Professor of Management Information Systems in 2006. His impact was immediate and lasting.

Professor Duggan played an integral role in the design, implementation and management of the PhD in Information Systems programme. This programme, at the time, was novel to UWI in terms of its design, as it was structured to have a two-year taught component followed by a dissertation. It was also a one-time delivery for a core of students and intended to increase expertise in the then new field of information systems. The limited expertise in the field locally also gave rise to a key component of the success of the programme – the participation of overseas academics, some of whom were members of the diaspora, in the supervision of students.

The success of the programme can, in large part, be attributed to Prof Duggan; not only did he supervise or sit on the supervisory committee for several students but, importantly, it was his networking skills that won the commitment of international scholars. The success of the programme can be measured by the students’ completion rate, their research output, the number of the graduates of the programme who are now key members of the academic community of UWI and the continued support given, in various ways, by some of the supervisors. The same structure was later used for the Doctor of Business Administration (DBA) programme and again Professor Duggan was not only integral in its conception, in terms of its design and approval, but also in the teaching and supervision of students. No matter their level, his interest in and mentorship of students has been exemplary.

During his time as Professor of Management Information Systems, he took on substantial administrative roles. By 2007, he was the Associate Dean for Graduate Studies and Research for the Faculty of Social Sciences. In 2008, he was appointed Executive Director of the Mona School of Business and Management (MSBM), an appointment which lasted for four years.

Professor Duggan has supervised seven doctoral students to completion between 2009 and 2016, with several others in process and served on the dissertation committees of over fifteen others. He has also taught a variety of courses including the Research Process, Decision Sciences, Information Systems Management, Information Technology and Business Strategy, Information Technology, Governance, Operations Management, Electronic Commerce, Database Management, Systems Analysis and Design, Software Development and Statistical Analysis.

He established the Professional Services Unit (PSU) with the objective of diversifying the revenue streams of the School thereby placing less reliance on graduate degree tuition fees. This Unit has been extremely successful in fulfilling this mandate through executive education, customised training and management consulting. The Unit has also strengthened relationships between Mona School of Business and Management and, by extension the wider University, and the business community. He also established the Centre of Excellence (CoE) for IT-enabled innovation. The work of this unit has also built relationships with the business 3 community locally and internationally and has been at the forefront of advocacy and research in Open Development approaches. He is a founding member of the Caribbean Open Institute – the regional hub in the global Open Data for Development Network.

His international academic reputation is based on his outstanding research and publications record. This is further demonstrated by his appointments to the editorial boards of several international journals and his ability to network with international scholars in the field of Information Systems and their willingness to support and contribute to his initiatives for example the delivery of the PhD in Information System and Doctor of Business Administration programmes.

Professor Duggan’s stellar performance did not go unnoticed. His research output includes one refereed book, eight book chapters, twenty journal articles and over twenty refereed conference proceedings as well as other non-refereed publications. It should be noted that Information Systems conference proceedings are most often refereed and acceptance is based on the submission of a full paper. His research expertise has also been recognised locally as he was involved in the preparation of a significant report entitled “E-Powering Jamaica: The National ICT Strategic Plan 2007-2012” for the Government of Jamaica’s Central Information Technology Office (CITO), Ministry of Industry, Technology, Energy and Commerce. Professor Duggan also received a number of Faculty of Social Sciences Research Awards including:

He has also reviewed manuscripts for a number of other international journals on an ad hoc basis.

His contribution in terms of the criterion public service has been significant. He has sat on a number of boards including National Commercial Bank Insurance Company (NBCIC) (2013-2016), Jamaica Public Service Company (2012-2015), Jamaica Diaspora Foundation (2009-2016), UWI Solutions for Developing Countries (UWISODECO) (2012- ) and the Caribbean Policy Research Institute (CAPRI) (2013-2016). He was Chairman of the Board of Directors for both eGOV Jamaica Ltd (2013-2016) and is currently the chairman of SynCon Technologies Ltd, a position he has held since 2008. He was a member of the Board of Trustees and a Faculty and Research Affiliate of the ICT University (a US-based institution providing quality ICT and human capacity development specifically targeted for Africa, Latin America, the Caribbean and Asia (2011), a member of the Governing Council of National Commercial Bank’s Corporate Learning Campus (2008-2016), and a member of CARICOM Information and Communication Technologies (ICT) subcommittee on ICT Statistics (2007-2012). His exemplary service to local and international development has elevated the profile of The UWI and helped to strengthen relationships with the business community.

Professor Evan Duggan’s outstanding contributions to University life in a variety of spheres have included the areas of teaching and learning, administration, research and publications and public service make him an excellent candidate for this designation. Based on his outstanding performances in all aspects of his professional career, the title of “Professor Emeritus” was conferred upon him by The UWI, Mona. 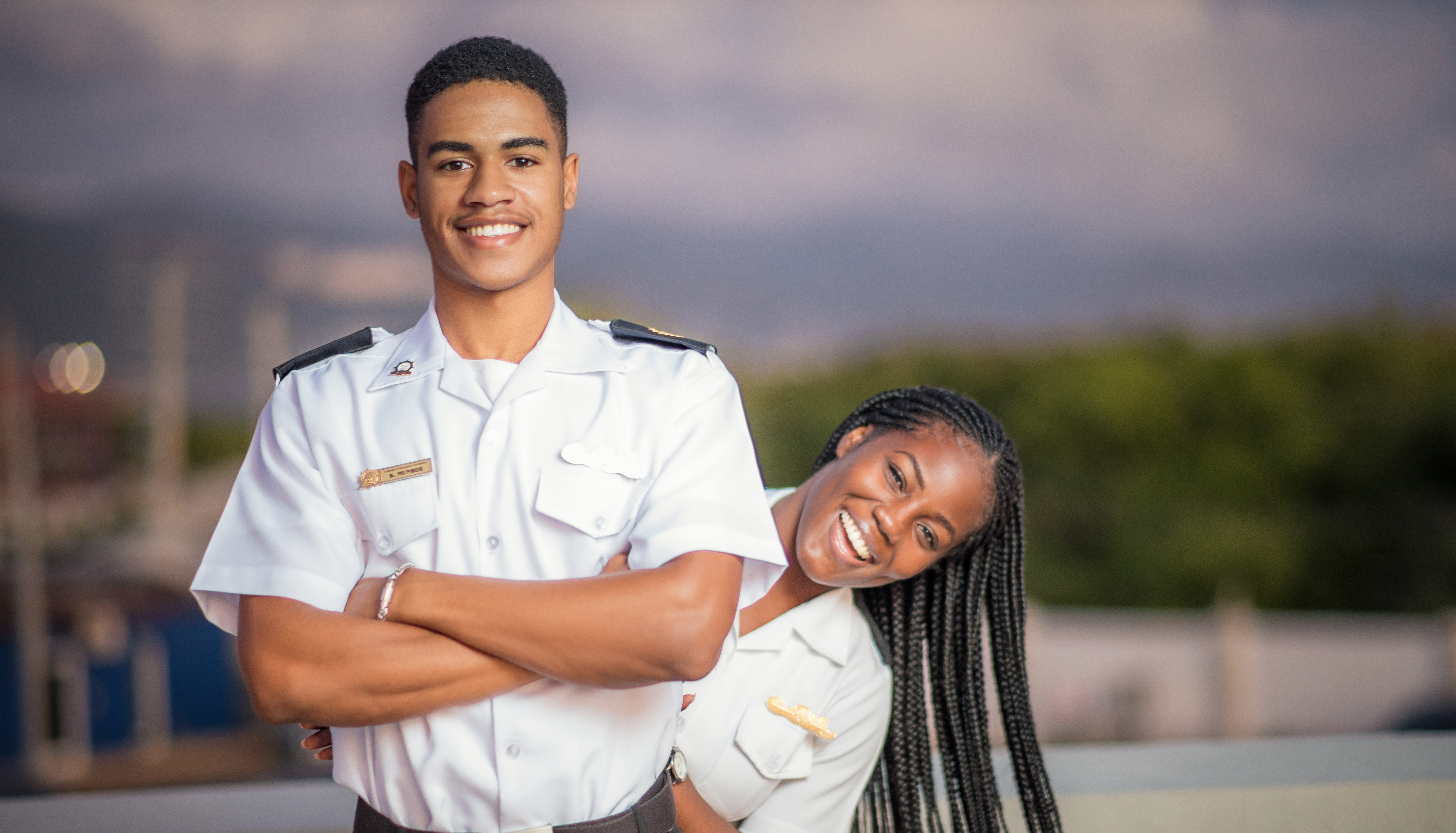