“As a child I found school quite boring and interestingly today this is really what has really driven a lot of my approach which is really out of the box because I believe especially how we’re presenting to boys is the wrong way,” said Fritz Pinnock, CMU President.

Professor Pinnock was a guest on CVM TV’s current affairs programme One on One with Joel Crosskill last weekend.

“One thing my father always told me is that an excuse is not a strategy and I still use that today because many times we are afraid to challenge new things because the path of least resistance seems like the path to go, but it’s not,” said Professor Pinnock.

“I had the privilege of being on a flight with the President of Yale University and I said to him I have an advantage over you – by not having all the resources you have to be resourceful. When you are put in a space whatever you have you can use it. There’s so much in you. It’s not what is in your hands it’s what is inside of you. The real creativity – the passion the drive is inside of you,” said Professor Pinnock.

Professor Pinnock joined the Caribbean Maritime Institute in 2006 and has been there through its transition to University status last year September. Under his leadership, the University has undergone rapped expansion in areas of logistics, engineering and maritime studies. Areas that are considered pivotal to Jamaica’s economic development –as there are growing opportunities for employment within these sectors.

However, Pinnock challenged young people to rethink their academic paths and embrace the changes in the education industry in order to capitalize on the opportunities that exist in the un-saturated areas. “Our youths must rethink their academic pursuits and must embrace whatever change is taking place in the education system,” he said. For Pinnock, the education sector is one of the least developed sectors within the last century. “If you should compare a Tesla motor vehicle built in the 1900’s to the 2018 model; you would notice a drastic change in its look and design,” Pinnock said. “However, a classroom today looks just the same it did 100 years ago”

For the full clip of this interview, click the link below: 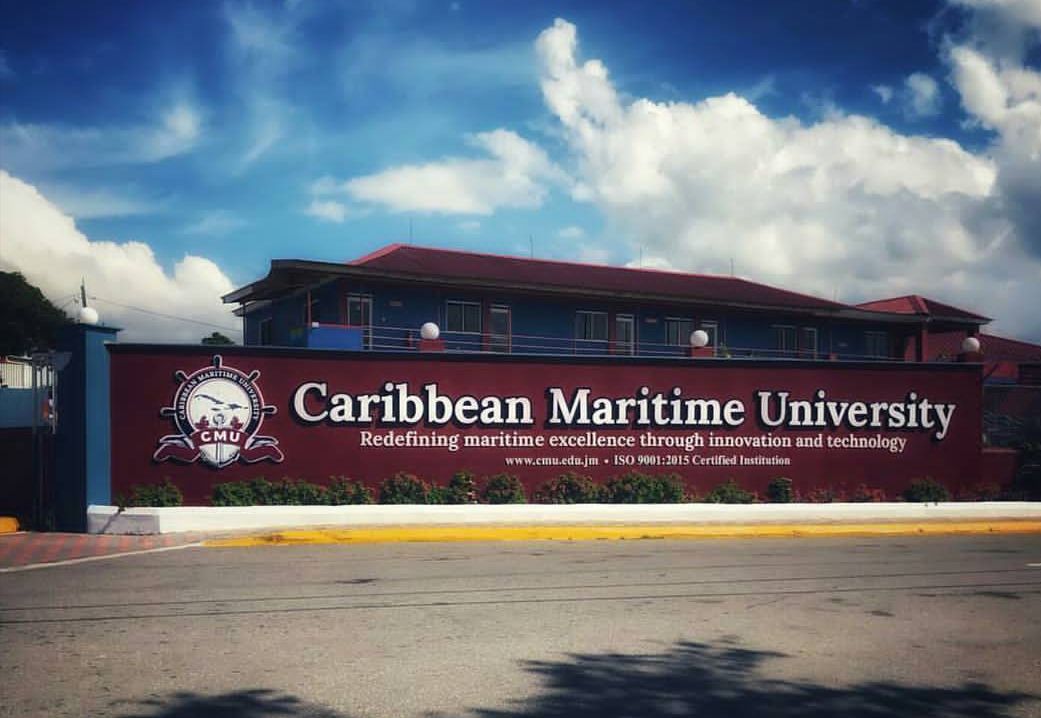 Jamaica and Panama will strengthen their bi-lateral relationship even more, with the signing of a Memorandum of Understanding (MOU) between the Caribbean Maritime University (CMU) and the International Maritime University of Panama (IMUP) on Monday, October 8, 2018 at the Opening Ceremony of the Caribbean Shipping Association’s 48th Annual General Meeting in Panama. This partnership emerged from the discussions held during  the First Meeting of the Jamaica/Panama Joint Commission for Cooperation, which was convened in June 2018 in Panama. The discussions focused on , among other things, how to leverage the strong historical connection between the  two countries to advance areas of education, port and maritime development, civil aviation  and culture.

The institutional collaboration is just one of the developments coming out of this Commission and is a strategic partnership aimed at strengthening both countries through joint cooperation for the implementation of international maritime conventions and other activities to support the development of the maritime sector in the Western Hemisphere. This will result in capacity building through the exchange of student and faculty as well as joint academic and industry publications and research, which will invariably lead to cultural exchange and enrichment, language diversification among native English and Spanish speakers and greater appreciation for the global nature of maritime trade and education.

Specifically, both institutions will collaborate to produce bilingual and marketable industry ready graduates with globally recognized qualifications in marine engineering and industrial systems, among other technical disciplines related to Science, Technology, Engineering and Mathematics (STEM). Panamanians, in particular, will be able to benefit from standardized training and certification offered at the world’s largest Festo Authorized and Certified Training (FACT) Centre, recently opened at the CMU headquarters in Kingston Jamaica.

Other projects will include joint research in international maritime issues, such as marine pollution and the control of emission from ships, as well as the implementation of the Ballast Water Management Convention with the support of the International Maritime Organization. The CMU is an ideal partner, in this regard, since it is recognized by the International Maritime Organization(IMO)as a maritime education and training institution. Itis also the only educational institution in the Caribbean that is certified by the International Standards Organization (ISO) and offers support through consultation to industry players across the region. Joint projects will also include the implementation of international and national standards and laws concerning the safe and efficient operation of the special boats.

A Comprehensive Approach to Partnership

The MOU sets the framework for additional collaboration and will form the basis of a sustained partnership between the Caribbean Maritime University (CMU) and the International Maritime University of Panama. This will include joint degrees in Port Management, Logistics and Supply Chain Management at both the Bachelor’s and Master’s levels (which carries international certification from the Chartered Institute of Logistics and Transport, UK), training in the areas of maritime welding, naval electricity, mechatronics and robotics (through the FACT Centre), border services management, port development and bilingual tourism projects which will all result in dual certification and recognition for seafarers and maritime professionals.

The UMIP is an autonomous state university with the mandate to administer programmes in accordance with the maritime discipline and technological development of the national, regional and international maritime community through teaching, investigation and extension programmes. CMU is an ISO 9001:2015 certified specialized university – the first of its kind in the Caribbean – designed to meet the growing needs for education and training in the maritime and allied sectors. Both universities have multiple accreditations and globally recognized programme offerings. 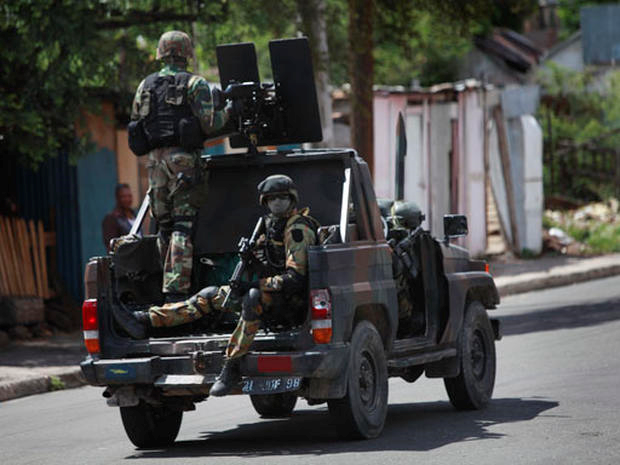 KEEP THE STATE OF EMERGENCY AND EXPAND IT

9/11 represents the deadliest and worst terrorist act in the history of the United States of America. The attack occurred on September 11, 2001 and resulted in the destruction of the North and South Towers of the World Trade Centre. The coordinated attack resulted in a death toll of two thousand nine hundred and sixty-six (2966) and injured over six thousand (6000) persons.

Jamaica has never encountered a terrorist attack of this nature, however, statistics reveal that Jamaica averages over one thousand two hundred (1200) murders per annum in the last fifteen (15) years. In 2017, the murder rate reached the figure of one thousand six hundred and sixteen (1616) which represents a twenty percent (20%) increase in murders over 2016, this according to the Jamaica Constabulary Force. The most murderous parishes of Jamaica were identified as St. James, followed by Clarendon and St. Andrew. By comparison, criminals killed close to half the 9/11 terrorist casualty in Jamaica each year.

Professor Anthony Clayton, in his pre-amble to the National Security Strategy for Jamaica 2013, notes that on a per capita basis, Jamaican criminals inflict the equivalent of one 9/11 attack on our citizens every week and this has been ongoing for decades. The 9/11 attack on the USA happened on one day, however, Jamaica’s murderous trend is perpetual.

Since 911, which was 17 years ago, the USA has been under a state of emergency which has been renewed by three presidents; President George W. Bush, President Barrack Obama and President Donald Trump. In response to the 9/11 terrorist attack, the United States Government has waged war on terrorism abroad, detained hundreds of enemy combatants in Guantanamo Bay and made arrests of seven hundred and sixty-two (762) persons of interest on September 12, 2001. Additionally, the Government has passed the Patriot Act and created the Department of Homeland Security by law in 2002: which represents the largest restructuring of US Government in recent history. They have implemented contingency planning for the evacuation of leaders and the continuation of Government, reviewed the internal structure of the Central Intelligence Agency (CIA) and radically improved aviation security, more specifically, the Civilian Aircraft Grounding policy.

In contrast, Jamaica has done little to combat gangs and organized crime. To counter the rise in the country’s murder rate, a limited State of Emergency was implemented by the government which affected only two police divisions. One objective of the limited State of Emergency is to effect sustainable strategies to fight gangs and establish security and stability. Strategies to be considered include building community resilience, building out security force capacity in numbers and capabilities, upgrading the public security infrastructure such as roads, close circuit television systems and artificial intelligence platforms, expanding and modernizing the justice system to deal swiftly with criminal trials. It also includes revising outdated laws to give the Security Forces authority to better investigate, arrest and bring violent criminals to justice and giving citizens in crime plagued communities a sense that the Government is committed to policies and strategies which assures their long-term safety and security.

Anecdotally, the current State of Emergency is highly appreciated by all well thinking Jamaicans and especially citizens in the affected communities. The Government should stand resolute against detractors that might seem to desire an early end to the State of Emergency. The State of Emergency should be imposed over the entire country for as long as is necessary to contain criminal violence, establish sustainable public security and restructure the entire criminal justice system to deal effectively with current and future threats posed by criminals.

The State of Emergency should therefore, not be viewed as a quick fix to Jamaica’s decades-old crime problem, nor should it become the subject of political opportunism. In contrast, it should be mirrored as one of the antidotes to curve the ‘monster called crime’. Based on the murder problems that have affected this country over many years, we need to ask ourselves this very important question, “State of Emergency or murders?”