Most people who have been impacted by crimes which involve the use of guns in Jamaica have probably never heard of the United Nations Arms Trade Treaty (ATT). The weapons that are commonly used to commit violent crimes on the island fall under the rubric of small arms, which is among the eight categories of conventional weapons whose sales and transfers between countries the ATT seeks to regulate. 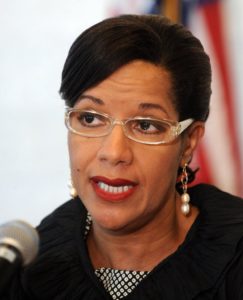 The conventional weapons regulated by the Arms Trade Treaty are: battle tanks, armoured combat vehicles, large calibre artillery systems, combat aircraft, attack helicopters, warships, missiles and missile launchers, and small arms and light weapons (SALW). The ATT does not address emerging technologies such as drones, which are being increasingly employed in conflict situations and now being envisioned for deployment as lethal, offensive weapons.

Jamaica is among the 101 countries that have ratified the Arms Trade Treaty. The U.S., which is the world’s largest exporter of arms, has not ratified the Treaty, although it was signed by the Obama Administration in 2013. Neither have the world’s second and fifth largest exporter of arms, Russia and China, respectively. On April 26, 2019, President Donald Trump announced that the U.S. would rescind its signature to the Treaty on the basis that it threatens the Second Amendment rights of U.S. citizens.

The absence of the world’s largest arms exporters among the countries that are parties to the Arms Trade Treaty continues to raise concern about the growing proliferation of conventional weapons around the world. Critics of the ATT have long criticized its failure to prohibit states from selling arms to non-state actors, terrorists and states engaged in military aggression, perpetuating human rights abuses and human suffering, and undermining key aims of the Treaty.

In the case of Jamaica, the effect of U.S. rescission of its signature to the ATT is uncertain because a disproportionate amount of the small arms entering the region are not through government to government sales, which the Treaty regulates, but illicit weapons transfers. Most of these weapons are U.S. made and shipped from the U.S. Given the security measures instituted at U.S. maritime, air, and land borders after September 11, 2001, the continued arrival of illegal caches of small arms at Jamaican ports from the U.S. should raise hard questions about the complicity of state elements on both ends of the illicit trade.

U.S. withdrawal from the Arms Trade Treaty is unlikely to help stem the illegal arms trade in the Caribbean region. Countering the proliferation of illegal arms will require a significant hardening of the borders with enhanced application of intelligence and technological tools, as well as capacity enhancing training for personnel, and cross-boundary collaboration with international law enforcement entities. Sustained efforts in the education and training of youth who may be seduced by schemes which employ small arms as a trade —where the Caribbean Maritime University excels—will also be critical to this end.