Resurrection of the Quarantine Act (Part 1)

The Quarantine Act hereinafter referred to as the Act is now as famous as the term ‘Tan a yuh yard’ or Ding Dong’s April 2020 hit song ‘Inside, Inside’. 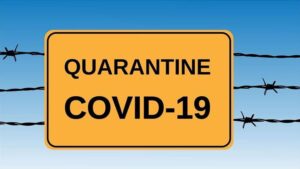 The shipping Industry has thrived on the exchange of goods and services. Eric Williams in his famous book entitled Capitalism and Slavery elucidated that the seventeenth and eighteenth centuries were the centuries of trade and the nineteenth century was the century of production. For Britain, that trade was primarily the triangular trade which saw the trading of plants, animals, metals, precious stones and sadly humans – the vast majority being Africans who were sold into slavery. This global transfer of foods, plants, animals and humans during the colonization of the Americas is known as the Columbian Exchange. This exchange resulted in diseases and plagues being transferred from one country to another.

The Europeans were no strangers to plagues, as the fourteenth century saw the outbreak of the Bubonic Plague. Venice was the first port to have imposed restrictions on ships by making it mandatory that ships arriving in their port must wait and anchor for 40 days before landing. This practice was called quarantine and was derived from the Italian words quaranta giorni which means 40 days.

The International Health Cooperation (now known as The World Health Organization) was instrumental in the introduction of the International Sanitary Convention 1892. The objective of this convention was to harmonize and reduce to a safe minimum the conflicting and costly maritime quarantine requirements of different European nations. With Jamaica being a Colony of Great Britain, this convention was applicable to our island. However, it was not until the 15th day of December 1951 that The Quarantine Act was formally ratified into Jamaica’s domestic law.

As COVID-19 cases began sweeping the world Jamaica was not spared its wrath, as on the 10th day of March 2020 Jamaican recorded our first case of Covid19. The government facing its worst health crisis, had to take decisive action to control the movement of individuals within Jamaica’s territorial waters and land mass. The Quarantine Act would now begin rising to ‘statutory prominence’ as Section 7 of the Act states “The Minister may make regulations, as respects the whole or any part of the Island, including the ports and coastal waters thereof, for preventing danger to public health from ships or aircraft or any person.”

In order to effectively carry out the regulations, Section 3 of the Act establishes a Quarantine Authority whose duty it is to execute the Quarantine Act’s regulations. The Minister must ensure that the Authority consist of a Chairman who must be the Chief Medical Officer and four other members. These members shall consist of a representative from the Shipping industry and another from the aviation industry.